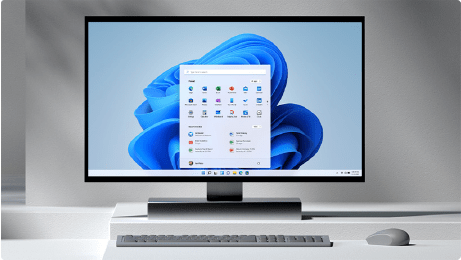 The evolution of computing tools has gone through different stages from simple to complex, from low-level to high-level, for example, from knots in "Notes on Knots" to counting chips, abacus slide rules, and mechanical computers. They have played their respective historical roles in different historical periods, and also inspired the development of modern electronic computers.

In 1889, American scientist Herman Hollery developed an electric tabulating machine based on electricity to store computing data.
In 1930, American scientist Vannevar Bush created the world's first analog electronic computer.
On February 14, 1946, the world's first electronic computer "ENIAC Electronic Numerical And Calculator" (ENIAC Electronic Numerical And Calculator) customized by the US military came out at the University of Pennsylvania. ENIAC (Chinese name: Eniac) was developed by the Auberdine Weapons Test Site in the United States to meet the needs of calculating ballistics. This calculator uses 17,840 electron tubes, with a size of 80 feet × 8 feet and a weight of 28t ( ton), the power consumption is 170kW, the operation speed is 5,000 addition operations per second, and the cost is about 487,000 US dollars. The advent of ENIAC has epoch-making significance, indicating the arrival of the era of electronic computers. In the next 60 years, computer technology has developed at an astonishing rate, and the performance-price ratio of no technology can increase by 6 orders of magnitude within 30 years.

Generation 2: Transistor Digital Machines (1958-1964) The application fields of operating systems, high-level languages ​​and their compiled programs in software are mainly scientific computing and transaction processing, and they have begun to enter the field of industrial control. It is characterized by reduced size, reduced energy consumption, improved reliability, increased computing speed (usually 100,000 times per second, but up to 3 million times per second), and its performance has been greatly improved compared to the first generation of computers.

The third generation: integrated circuit digital machine (1964-1970) In terms of hardware, the logic elements use medium and small scale integrated circuits (MSI, SSI), and the main memory still uses magnetic cores. In terms of software, time-sharing operating systems and structured and large-scale programming methods appeared. It is characterized by faster speed (usually from millions to tens of millions of times per second), and the reliability has been significantly improved, the price has been further reduced, and the products have become generalized, serialized and standardized. The field of application began to enter the field of word processing and graphic image processing.

4th generation: LSI computers (1970-present) On the hardware side, large-scale and very large-scale integrated circuits (LSI and VLSI) are used for logic elements. In terms of software, database management systems, network management systems and object-oriented languages ​​have emerged. In 1971, the world's first microprocessor was born in Silicon Valley, USA, ushering in a new era of microcomputers. The application field gradually moves from scientific computing, transaction management, and process control to family. Due to the development of integration technology, the integration level of semiconductor chips is higher, each chip can accommodate tens of thousands or even millions of transistors, and operators and controllers can be concentrated on one chip, thus the emergence of microprocessors, And it can be assembled into a microcomputer with a microprocessor and a large-scale, ultra-large-scale integrated circuit, which is what we often call a microcomputer or a PC. Microcomputers are small in size, cheap and easy to use, but their functions and computing speed have reached or even exceeded those of the past large computers. On the other hand, various logic chips manufactured by using large-scale and ultra-large-scale integrated circuits have been made into supercomputers that are not very large in size, but can operate at a speed of 100 million or even billions of times. Following the successful development of the Galaxy I supercomputer with 100 million operations per second in 1983, my country successfully developed the Galaxy II general-purpose parallel supercomputer with one billion operations per second in 1993. This period also produced a new generation of programming languages, database management systems and network software. With the change of physical elements and devices, not only the mainframe of the computer has undergone upgrading, but also its external equipment is constantly changing. For example, external memory has developed from the original cathode ray display tube to the magnetic core and the magnetic drum, and later developed into a general-purpose magnetic disk. ).